So, you finally finished your migration and arrived safely and securely in Microsoft 365. After hearing all about the efficiency you’ll experience, the money you’ll save, and the productivity you’ll boost, you’re ready to make the most of your new IT environment. So what’s the catch?

Turns out it doesn’t matter how amazing the technology is if your users aren’t adopting it. The benefits you’ve heard about are certainly possible, but successfully implementing Microsoft 365 requires a bit of work when it comes to user adoption.

The importance of user adoption

The true power of Microsoft 365 lies in the way its suite of integrated products work together, each one focused on whatever it does best. You can use Microsoft Teams for chatting, OneDrive for file storage, and SharePoint to build an effective intranet. The system works at its best when everyone is unified by the same software and tools.

Yet research shows that businesses everywhere are still struggling to get the most from Microsoft 365 once they’ve arrived. A recent McAffee report on Microsoft 365 adoption highlighted a distinct gap between deployment and adoption: while 79.9% of organizations that had deployed OneDrive for Business had at least 100 users, only 18.6% of all enterprise employees used it actively. The numbers for SharePoint and Exchange were even worse, coming in at 2.1% and 7.9% of users actively using the tools.

When users take advantage of the right tools to complete their tasks, Microsoft 365 delivers on all its promises, and allows the organization to maintain oversight that’s crucial to securing company data. But if end users turn elsewhere —in other words, shadow IT creeps in—everybody loses.

How to create an end user adoption strategy

To take full advantage of all that Microsoft 365 has to offer, you need to be proactive about ensuring users embrace the tools you want them to use. The best way to do that? Create a strategy for end user adoption.

There are a few ways you can keep your Microsoft 365 manageable while giving your users the freedom to create the things they need, when they need them.

These 5 tips will help you get it right:

Because it’s so easy for end users to unknowingly provision groups left and right as they learn the ropes in Microsoft 365, many IT admins opt to restrict, or even disable, self-service functionality for end users.

But empowering users to make full use of the apps and tools included in Microsoft 365 has been shown to be a huge adoption booster. And at a certain level, self-service is Microsoft 365—it’s what makes cloud-based collaboration the most flexible and efficient way for teams to build things together.

Instead of shutting everything down, why not find a middle ground? Give users a bit of freedom—so they embrace the tools you want them to use—along with enough guidance to ensure your tenant stays organized and secure. Which brings us to our next point…

To ensure high user adoption, you need to define how you expect your users to interact with Microsoft 365.

This could be as simple as designating which tool to use for different tasks: i.e. Outlook for emails, Teams for chat, OneDrive for file storage. Apps in Microsoft 365 have a lot of overlapping functions, so it’s important to be clear how you want your users to negotiate this.

It’s also important to establish how you want them to use each individual tool.

When users first log into Microsoft 365, they’ll be confronted with a wide range of tools—some they’ve seen before, and some that are totally new. So what are they likely to do?

Nine times out of ten, they’ll go straight for the software they’re used to and continue working the same way they always have. In which case, they’ll miss out on many of the features that make cloud computing so great in the first place!

Did you know there are 20 ways to create a Microsoft 365 group? If your users don’t know what they’re doing, you could see the number of groups in your tenant spiral out of control fast.

End user education is one of the crucial components of successful Microsoft 365 adoption in the workplace—especially if self-service features are enabled. Luckily, there are plenty of ways you can go about educating your users.

Many companies have experienced success publishing internal content that explains the change in IT and breaks down best practices to help everyone work effectively. Smaller organizations might prefer to rely on in-person training, team meetings, or informal chats.

Microsoft’s Microsoft 365 Training Center is a treasure trove of resources designed to help everyone in your organization make proper, productive use of the tools available to them.

However you go about end user education, communication is key.

If you’re an IT admin who just finished migrating to Microsoft 365, you might be wary of trusting other people with the results of your pet project.

But user adoption has to be an organization-wide drive. If you want implementation to be successful, you should identify ‘champions’ within your organization—people who can lead by example and help drive user adoption.

Ideally, these people should be early adopters and experts on the new software. They can provide leadership by demonstrating how the right tools can be used effectively, and encourage those around them to follow suit. And when users wind up confused and go looking for support, they’ll be a vital resource.

Organizations often find that user adoption declines after the first few weeks and months of usage. Once the novelty of new technology wears off, users get frustrated by not knowing how to complete basic tasks, and steadily fall back to their tried and tested habits.

To maintain high user adoption, you need to monitor usage over a long period of time. This will allow you to build a clear picture of which users are following best practices, and in which places.

Activity reports in Microsoft 365 can help with this by showing you how different people are using the various services in Microsoft 365. That way, you can easily identify where further guidance and education is required.

It’s easy for IT admins to think that successful Microsoft 365 user adoption means pulling up a list of rules and enforcing them as strictly as possible. In fact, nothing could be further from the truth.

Yes, Microsoft 365 works better when people use similar tools for similar tasks. But to achieve this, best practices should be encouraged rather than enforced. After all, you want end users to love and embrace the tools you’ve implemented—you just need to be clear about how you want them used. 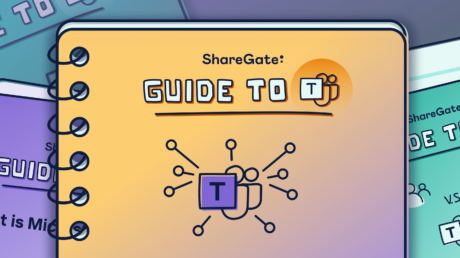 Everything you need to know about Microsoft Teams channels 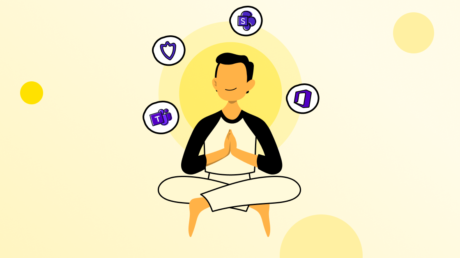 The future of distributed work: How Microsoft 365 can benefit your business