With this release, you can now migrate Microsoft Teams private channels to another team. Easily reorganize all your teams and channels—whether they are private or public—to match how people collaborate in your organization.

Over the last year, Microsoft Teams has become the tool of choice for many organizations. According to Gartner’s latest Office 365 Survey, it’s now the most used product in Office 365, having surpassed Word, Excel and PowerPoint! This makes the ability to organize and restructure your Teams environment to support the way users collaborate especially important.

Whether your organization is going through a big change like a merger or an acquisition or a small change like two teams merging into one, we wanted to provide a quick and easy way to help you adapt Teams to fit your needs. That means being able to move exactly what you want, right where you need it—whether it’s migrating a whole Teams environment to another tenant or migrating just a few channels to another team within the same tenant.

That’s why we introduced our Microsoft Teams migration tool in ShareGate Desktop, to help you organize and restructure Teams. Our first release back in May focused on tenant-to-tenant migrations, while our latest release in December enabled you to perform team-to-team migrations. But there was one big thing missing in those releases: the ability to migrate private channels. After a lot of hard work from our Product and Engineering teams, we’re excited to finally be able to offer this capability to you.

Moving content around in Teams isn’t as easy as 1-2-3. Unfortunately, Microsoft doesn’t offer an out-of-the-box solution to move chat conversations, files, tabs and other Teams objects. That’s why a tool like ShareGate Desktop is so handy.

We understand that when you need to perform a Teams migration, leaving private channels behind is simply not an option. With this release, you’ll be able to move any channel wherever you want in a few clicks. We’ve also added the ability to adjust team membership at the destination pre-migration to help you make sure the right people have access to the right things on the right channels.

Migrate private channels from one team to another

ShareGate Desktop makes it easy for you to copy channels, whether they are private or public. Once you’ve selected your source and the teams you want to migrate, you’ll be able to select which channels you want to bring over to another team. Notice that with this release, you’ll now be able to see and select all your teams’ channels, including private ones which are indicated by a lock icon. In our previous release, you were only able to see and select standard channels.

For example, if your Support department is merging with your Customer Success department, you could take all your Support team’s channels and copy them to the Customer Success team. That way, all past chat conversations from standard and private channels, files, tabs and other Teams objects will be accessible to everyone in a single team.

You’ll also be able to take advantage of other customization options that were introduced earlier, like renaming channels pre-migration to avoid potential errors at the destination.

Adjust the membership of the team at the destination pre-migration

With the introduction of private channel migrations, we’ve made a change in how ShareGate Desktop goes about treating team membership at the destination:

Note that if you’re migrating a standard channel to a public or a private team, ShareGate Desktop will not update the team’s membership at the destination. Again, this is to avoid having sensitive information fall into the wrong hands. You can easily update a team’s membership on your end via the Microsoft 365 admin center or let users manage their team’s membership on their own.

Migrate Teams to another tenant, including private channels

Lastly, now that we support private channel migrations, you’ll be able to move these channels to another tenant as well. Tenant-to-tenant Teams migrations work exactly the same way as moving a channel within the same tenant: pick your source tenant, select the teams and channels you want to migrate, and select your destination tenant. It’s as simple as that.

All your Teams migration use cases covered

With this latest release, we’re confident that we can now fully support all your Teams migration use cases:

Up next on the Teams migration roadmap

As promised, we’re currently working on incremental Teams migrations. This will enable you to only move over what’s changed since your last migration. Stay tuned for a release later this spring. We’re also looking at helping you migrate Planner plans that are attached to teams, which should also come in Q2.

If there’s anything else that relates to Teams migrations you’re dying for us to add to our roadmap, be sure to submit your idea via our user feedback forum.

Manage and secure Microsoft Teams post-migration with your ShareGate subscription

Your ShareGate Productivity subscription gives you everything you need to migrate, manage, and secure Microsoft Teams. Once you’ve organized your Teams environment the way you want it with ShareGate Desktop, easily manage your teams across their entire lifecycle and protect their contents post-migration with ShareGate Apricot, our automated governance platform for Microsoft Teams.

By activating ShareGate Apricot, you’re ensuring the ongoing success of your Teams deployment through simple and automated governance policies. 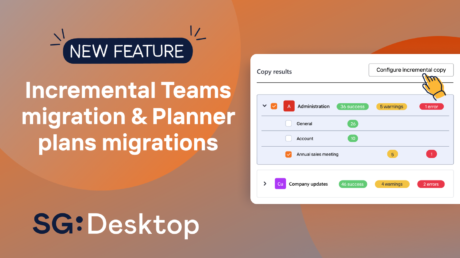 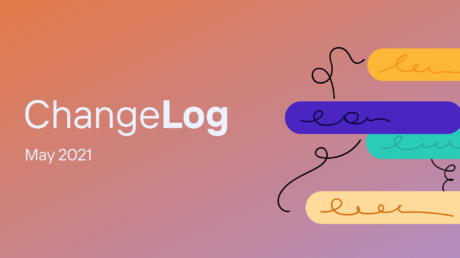 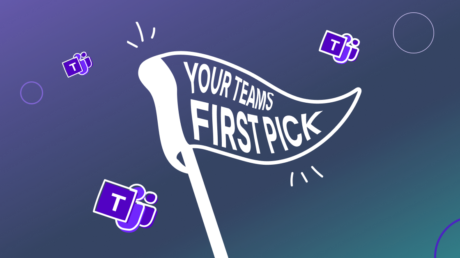 Getting big on Microsoft Teams: Why ShareGate should be your Teams first pick